The 3rd International Conference on Timbre 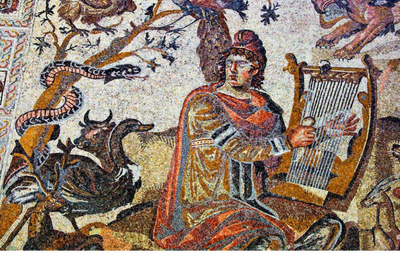 Timbre poses multifaceted research questions across the scientific spectrum, from hearing and music to psychology and neuroscience, to acoustics and artificial intelligence. The triennial International Conference on Timbre brings together a cross-disciplinary community of scholars, researchers, and practitioners interested in timbre, and provides a joint forum for exchanging novel insights and forging collaborations across disciplines to help address challenges in our understanding of timbre from empirical, theoretical, and computational perspectives.

Timbre 2023 will feature a program of new research and work in progress, panel sessions and tutorials, headlined by keynote talks discussing timbre from ‘unexpected’ perspectives: Nina Sun Eidsheim (UCLA) on timbre and vibration, Makis Solomos (Paris 8) on timbre and listening, Charles Spence (Oxford) on timbre and crossmodality, and Jesse Engel (Google, likely remote) on timbre and artificial intelligence. In foregrounding the interdisciplinarity of timbre and its application as an important parameter in orchestration, the ACTOR Timbre and Orchestration Summer School will engage with current perspectives on acoustics, analysis, composition, perception, semantics, and voice.

Environmental Statement: The steering committee of the International Conference on Timbre and the Timbre 2023 local chairs are committed to lessening the environmental impact of the conference. We pledge to offset/ compensate for at least a portion of the carbon footprint generated as a result of the conference’s activity (e.g., air travel, physical infrastructure) by investing a possible surplus of the budget in initiatives such as Eden Reforestation Projects or Co2 Compensate, or other similar schemes.

Thessaloniki is the second largest city of Greece and its real cultural capital. It is renowned for its Ancient Greek, Roman, and Byzantine monuments, including 15 UNESCO World Heritage Sites, charming shopping streets, beautiful seafront, a luscious local cuisine, and a bustling nightlife. Founded in 315 B.C. and named after the half-sister of Alexander the Great, the city has remained a crossroads of cultures and civilizations for over 2,300 years; just as timbre has been a crossroads of disciplines since Helmholtz. Thessaloniki is located on the Thermaic Gulf, at the northwest corner of the Aegean Sea. It is a major transportation hub for Greece and southeastern Europe, offering easy access to the Greek islands and inland. An official travel guide may be found here, including information about how to get to Thessaloniki and how to move around the city. See also our Venue & Travel Information page.